A caricaturist and columnists (or clown?) takes on the Marc Jacobs Spring Summer 2020 beauty

These quotes  inspired me to approach Xiang Yue Chuan, a street portraitist near Central Park, to paint the best beauty looks from the show.

I need to note I didn’t receive these quotes directly.

Working for one of the very few European beauty magazines, being backstage at Marc Jacobs is one of the most inspiring and meaningful events to me personally. And most likely for our readers and followers as well.

The truth is, I never get invited to Marc Jacobs shows directly from the designer, neither backstage nor to the defilée. Being so passionate (and feeling like a beauty journalist), I  start approaching PR of the beauty sponsors weeks before in order to catch a spot backstage and watch the artists do their magic. Many seasons, I got a confirmation the night before.

This time, the confirmation reached me two hours before my approved backstage slot on a Thursday morning. Half of my scheduled time was over by the time I noticed the email, but I immediately replied: “I’m on my way!”. From Brooklyn to Uptown, almost an hour ride.

I arrived three minutes after my slot was due. The girl at the backstage door refused to let me in. She didn’t even bother to look for my name on the list. It’s been still 3 hours until the show would begin. I kept my cool, I was late indeed.

All I wanted was to spread the creative vision of the amazing hair and makeup people, celebrating beauty with my unique backstage shots, artists interviews – highlighting the people that create inspiration for so many. And me.

And by doing that, promoting sponsors and designers too – since they make this spectacle possible.

I got myself five satisfying minutes of bitterness, then my enthusiasm came back.
I awaited the show digitally and was impressed by the colorful makeup and glam hair, which got me excited to write about.

But since I had no photos from backstage  – I had to find a solution.
And just like Marc, I found it in the streets.

The motivated street caricaturist  Xiang Yue Chuan agreed to go through all those beautiful photos by people who were five minutes there before me – and painted three of the most iconic beauty looks. His style captured the joyful vibe of Jacobs’ show perfectly – and maybe much better than any photo –  with an intuitive reflection of its variety charm.

No wonder – This show’s beauty look felt like taken from a circus ring where past, present and future carnival aesthetics melted together – to envision a timeless now, a modern parade, with almost 60 (!) individual looks.

Melodramatic lashes long like acrobats’ leashes, harlequinish, hilarious eyeshadow, either dripping in glitter like happy sad tears or brightly to the brow extended power tones, rhinestone heavy lips more sparkling than a tamer’s jacket, skin gleaming with bursts of sparklers through pearly appliques. Pat McGrath merged her iconic aesthetics into a unique, individual and most of all – entertaining and fun makeup. Subtle references – like 30s thin brows – add a cinematic quality, and bring the style of silent movies to my mind, where visuals had to be so expressive that  words were unnecessary.

Redken’s Guido Palau perfected this mood with extravagant dos, juggling all kind of characters in the cast and therefore many kinds of hair. He mixed pig tails, bowl cuts, shags and draped curls, fluffy flapper-inspired cuts, fabulous Fonda-volume and mesmerizing Monroe perfection. The references where easy to notice, but didn’t feel like a copy, but more like a genuine appreciation to the exquisite effort that was put into hair styling in the past. Most of them topped by Stephen Jones headpieces.

The opulence didn’t stop at the finger tips: Manicurist Mei Kawajiri prepared 13 different designs from kitschy to kawaii, “All the inspiration is based on street style, because in fashion, the nail is more simple. But on the street, everyone has crazy nails.”

I think my street inspiration, Xiang Yue Chuan, the portraitist,  should be invited to the next Marc Jacobs show.
(It took him only 30 minutes per picture, faster than a ride from Brooklyn to Uptown)
I’m good with asking again weeks before to get backstage access (I wouldn’t mind an invite neither, just in case) – the recent show has been a proof to me that every effort is absolutely worth it.

And it’s like a circus indeed – I’d love to clown around again next season. 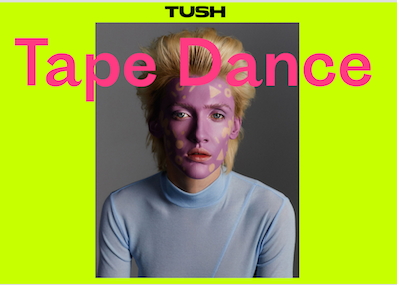 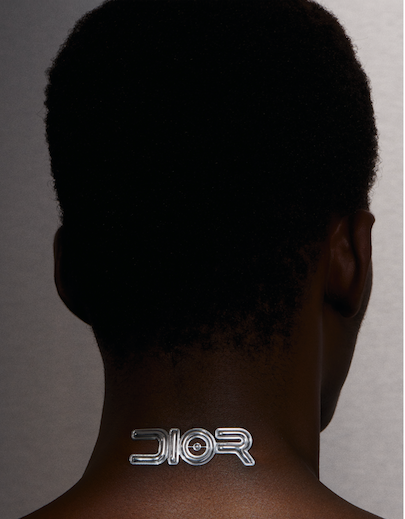 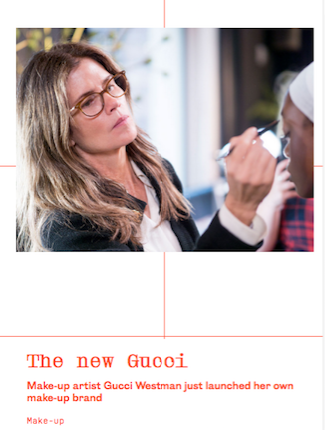